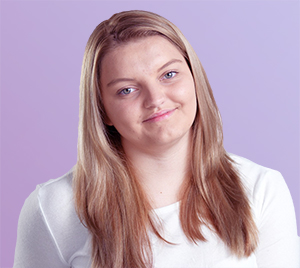 Hi, My Name Is Manon

And I started Project 13 after my own experience with loss. I realised that the services available for young people who are grieving were not entirely what was needed for young people. I discovered that many young people find opening up to someone in person very difficult but being able to do so online is natural to many of them. We live in a digital age and it’s about time our personal experiences as young people were something we could share online without being judged or worrying about what others may think.

I was born on July 6th 1995 to two very loving parents, Ray and Mari. I was their first child and was shortly followed, three years later, by my younger sister, Gwenan.

Dad was very much a family man and a big kid at heart. Whenever we got the chance we would be winding eachother up or laughing about something. He was very much a ‘normal’ dad. We were always happy and I really admired him, you could even say I idolized my father.

In 2007 we, as a family, had a pretty tough year. At the start of the year dad’s toe became infected. He had been diagnosed with type 2 diabetes a few years before so looking after his feet was a huge priority. Unfortunately dad’s toe wasn’t healing. He was sent to hospital where they removed the infected toe. When the surgeon came to review him, he was unhappy and explained the infection had spread. Later that afternoon, Dad was back in theatre having his lower leg removed.

As the eldest daughter, seeing my hero so ill was very unsettling. I remember calling my best friend to tell her the news and totally breaking down uttering, “he could die” down the phone. A reality I was totally unprepared for.

Later that year, October 31st to be exact, Dad passed away to a sudden heart attack whilst on a family holiday in Spain.

Dadi was a fantastic role model and an excellent person. Many people say they have the best parents but my sister and I are truly blessed to have the parents we have.

We want young people to express themselves in a way comfortable to them. It also gives young people the opportunity to read the experiences of other young people, hopefully proving that you are not alone in this.